I thought I had been preparing and procrastinating for at least 12 years until my Mum showed me this story I had written as a 7 year old in 1966. The spelling takes some deciphering but the story is about what I wanted to do when I grew up. I was extremely proud that I could beat my older brother at table tennis so I thought as an adult my brother could come over to my house every day to be soundly beaten in a game of table tennis.

The next sentence I wrote absolutely stunned me when I read it for the first time in 50 years.

​I was going to travel (tarle) around the world (would) in a sailing yacht (youht) with nobody but myself.

I'm not sure what I was going to do with all the jets and all the ships, frankly,  thats a dream that may go unfulfilled along with being one of the queens guards, but it is amazing that the idea of sailing around the world with "nobody but myself" captured my imagination even as a 7 year old child who had never even stepped foot on a boat of any kind.

Thanks Mum for keeping that little book all this time.
It wasn't until 2004 that I finally committed to sailing solo around the world. I thought the best idea would be to save some money and build the boat myself.  Anyone who has ever built a boat will be able to to tell you that building a boat to save money is about as smart as investing in a Nigerian money making scam.
Here's a photo of the boat I built.  I can't tell you how much money I "saved"  building it, but I can tell you eventually I virtually gave it away. 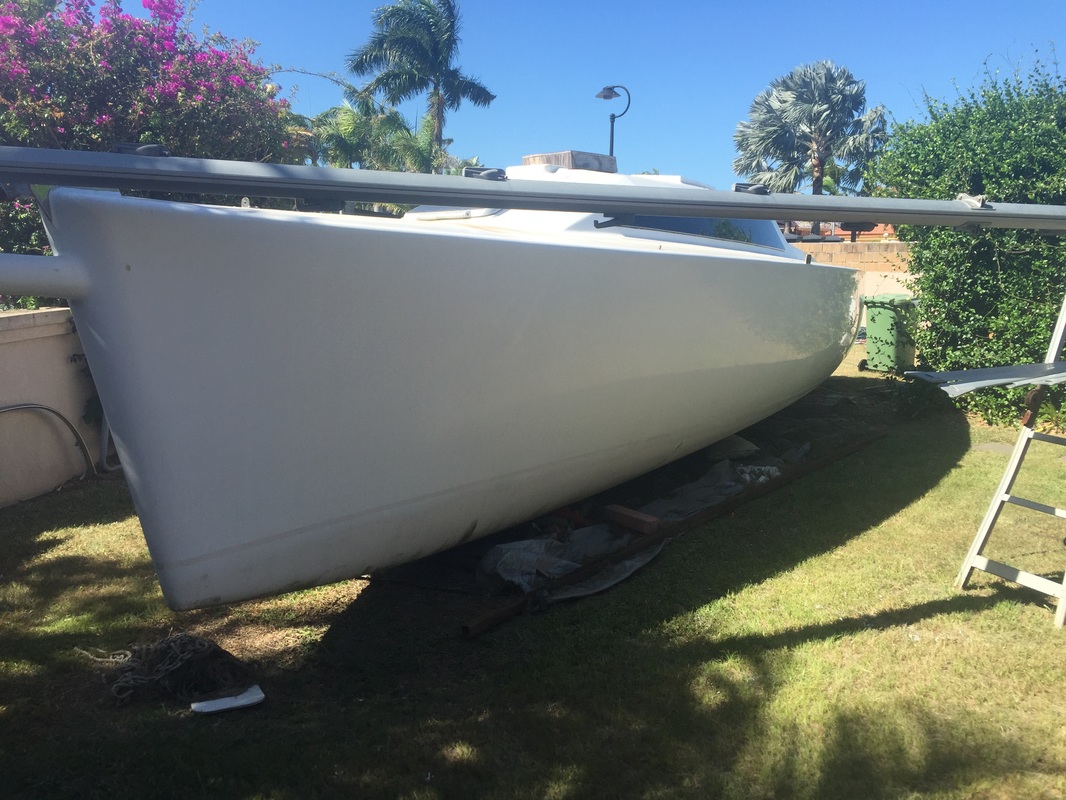 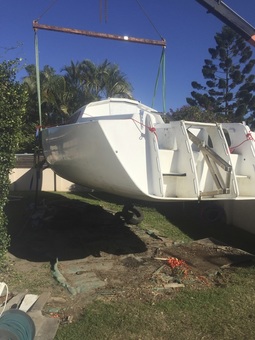 Here it is being craned out of my backyard on its way to a better home.  The guy who took is heavily involved with the Navy Cadets on the Gold Coast. He plans to spend the next year or so finishing it off and then it will be used to help introduce young kids to the joy of sailing.
I couldn't be happier to see it go to such a great home.
Join